I remember sitting in the theater, packed and hot–teeming with anticipation, waiting for the first glimpses of tricked out foreign cars and mysterious macho actors. From the first scene to the last, I sat on the edge of my seat wishing I, too, could rip through city streets and zip under 18 wheelers. That night, I learned about the Rush.

The Rush is a feeling you get when your body is crackling with electricity. The smile on your face is pure joy. The palms of your hands are sweaty with anticipation. The beat of your heart is beyond normal. The Rush reminds you that you are alive. Every idea, every dream, every ‘what if’ spins around until they blur and you realize you are capable of everything.

I remember sitting in the theater, all of us feeling the sting of the loss of Letty, feeling so heavy in the seat. From the moment she died until the end, nothing quite felt the same. None of it felt….good…except Toretto’s love. That night, I learned about Love & Loss.

We all know Love & Loss–no further explanation needed. That was the night I actually questioned Love…what it was and what it really felt like…if I actually had it. I knew Loss, or at least some version of what I envisioned Loss to be, but I did not know Loss as it was connected to Love.

I remember standing in the isle, shortly after the credits finished rolling. The theater crowd was thinning but when we heard voices, we all froze. Something more was happening. Life was changing. Letty was alive and everything as we knew it was about to be turned upside down. We all stood, frozen, mouths agape at the thought of what was to come. That night I learned of what Possibility felt like.

I buzzed about the Possibilities of Letty for the rest of the afternoon. Possibility is endless. I started to see the Possibility in everything. What if, What would happen if, Where could, How should, Why…. With Possibility, Life becomes much more exciting and unpredictable. The end never seems so fixed when Possibility is involved.

It all sounds kinda nerdy, I guess, but when sitting in the theater watching silver screen friends (who happen to be real life friends) say good-bye to one of their own it didn’t feel nerdy at all. It felt incomplete. It was sad. I was sad. Everything I had learned over the last decade, I had learned through fast cars, corny one liners and bad ass drivers….and here it was….finished yet not on their/our terms.

I walked out of the theater neither interested in staying past the credit roll or bothering to see if there would be a ‘what’s next’. I took the experience, a decade and some change long, and packed it away. I packed away the Love & Loss, the Possibility, the Unfinished, and the Rush and put them on a mental shelf to be revisited later when in need. I smiled to myself thinking of something Toretto said (by which I currently live), “I live life a quarter mile at a time…” That’s all we have really. 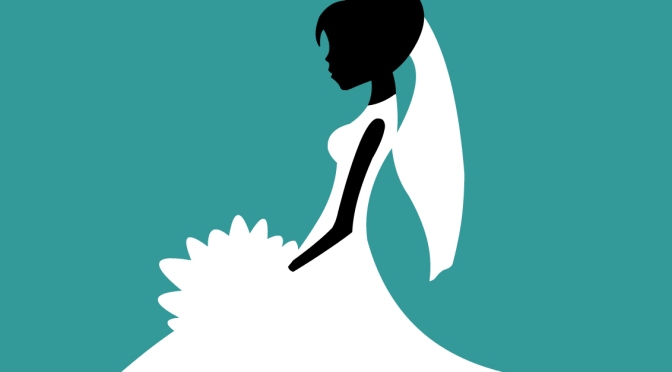 No. Not me. I am not getting married, but a friend of mine (Big Show) is and I voluntarily immersed myself in the sea of wedding stuff. It has been a conversation between Big Show and I for the past month and it has me thinking….is marriage all that bad?

Truth be told, my parents have been together for about 40 years and they are both relatively young (in an old person young kinda way), so they might have another 40 years to go. That’s 80 years with the same person….day in….day out. Their mud butts, their farts, their snores, their laughs, their illnesses, their boogers….80 years. The thought of that makes me sweat and break out into hives.

But the flip side is (and yes, I am officially acknowledging the actual flip side to marriage–ugh) love. My parents love one another. The two recent couples I witnessed jumping the broom clearly love one another. Marriage is complicated, no doubt about that, but if the bond is love….isn’t that enough?

Sifting through all of this wedding crap is fun in a girly kinda way, but in the end when everything is stripped away and it is just the bride and her groom that is where the fun begins. Thinking of it that way doesn’t make it so scary. Could I actually consider marriage again? Mmmmmmm……idunno. That 80 year thing kinda has me spooked. For now, though, I will leave the fluffy dresses and flowers to Big Show. I’ll giggle and sift through a bajillion bridal mags all the while pretending not to be breaking out into hives 😛

I went on a job interview yesterday. A simple job, yet a little different from where I am now. The tasks are basically the same. The money just a few dollars more and the hours are greater than the 20 I work presently. The interview went well. I spoke properly. I looked him in the eye. I shook his hand. I looked professional (afro included). As I said my good-byes and thank yous and headed out of the door, I knew it wouldn’t make me happy.

Not the job, per say. The job was neat. I would learn a few new skills, meet some new people, and perhaps add another 5+ year employer to my resume….but it isn’t what I want.

What I want is this. Right here. Right now. A desk. A phone. Converses on my feet. A cute shapeless dress on my body. A computer. A keyboard. And words. I want the creative license to just….be. I want words and enlightened thoughts spilling out onto blank pages. I want this.

When I told YG my thoughts on the interview yesterday, he fell silent for a moment and finally said, “Want to know what I see you doing? I see you writing. That’s it. Writing.” Me too. I see it too.

I went on an interview yesterday and by the amount of “Thank You for Your Resume Submission” emails I receive daily (due to my job applying marathons), I will likely go on more. I have to be realistic, right? We need to eat and bathe and live with lights. So, I will go on more interviews and apply for more jobs just as a cheating spouse would continue to go home and pretend to like their partner—all the while dreaming/loving/fantasizing about something (someone) else.