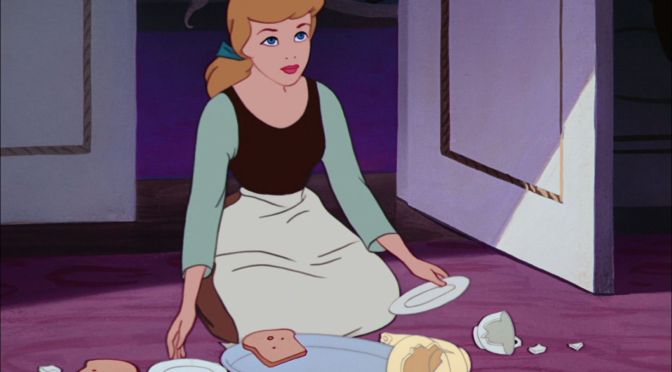 I have a problem. Well, okay, more than one (obviously), but one of the biggest problems I have is giving away too much. I thought I learned my lesson, but apparently I am a serial giver. And I am also a doer because it takes more energy for me to bitch than do. There are dishes in the sink, so I do them. There is a trash avalanche about to happen, so I rectify it. There is a light bulb blown, so I change it. There is a dead dog, so I bury it (well,  attempted…long story). Whatever needs doing, I do it because it is there to get done and these people I live with have terrible initiative. Sure! Let’s be hoarders! Said no one…ever.

I do not know how not to do. My mother is a flitter, too. She flits from one end of the house to the other—sorta like a humming bird. I don’t even know if she owns pajamas or if she just sleeps in her clothes. My dad, he’s a doer too, but there are levels to his doing. He is cutting grass, doing man stuff to cars, wood, machines, whatever. When his man stuff is over with, he parks it unless he’s hungry or thirsty. Meanwhile, at opposite ends of the house, the flitter is buzzing about. Honestly, I think my dad sometimes just finds stuff to do because all of her buzzing, but then he gives up because he knows she can do this all night.

I have become a flitter, only less gracefully. My mom manages to do it while popping chocolate kisses in her mouth like it is the easiest thing in the world. Me? I run around like a mad woman: boobs popping out, one shoe on, hair everywhere, ashy everything. I am dusty, sooty Cinderella.

On average, I get about a good three to five hours of sleep a day. If I manage to get five hours it is because I fall asleep in the bathroom (yes, on the toilet–don’t judge). I am up at 3 or 4 a.m. and I don’t touch the bed (or pajamas) until well after midnight. I am working, driving, doing dishes, cooking dinner, washing clothes, washing tiny humans, feeding tiny humans and walking flea ridden dogs—amongst other things. I do take blame for some of the load. I put it on my shoulders, sure. Running around like a banshee pointing fingers and giving directions is just not my thing. Instead, I explode.

I cannot remember what triggered me exactly. I think it was the folded up clothes I neatly placed on The Boy’s bed. Something about him sleeping, my eye bags begging for rest and the house being library silent sent me over the edge. I told Young Gun all about my Cinderelly thoughts and soot filled despair. I. Was. Tired. As far as I was concerned, all I needed was a tank of gas and a pair of undies and I was out the door. I quit dis bish. For months and months and months I have been hauling a pretty hefty load with little help (and I was pregnant for most of them I might add). I was holding onto everyone’s feelings, best interests and chores, while good ol’ Cinderelly was being ignored. Young Gun reminded me of the problem: I stopped putting myself first.

“If you don’t take care of you, everything stops,” he said. He also apologized for letting me take point on the whole thing.

It will take some time to get back into the swing of doing for me first, but I can do it. I need it. I am going to take the time to inventory everything around me and figure out what fits best in my life. Whatever does not fit or whatever causes me more aggrevation than not, I’m cutting it.

This is exciting! It is exactly what I need–a plan (teehee).

It has taken me a minute to actually write this down. It has actually taken a moment for it to sink in (which it still hasn’t just yet). On October 11, 2015 I will be running (or crawling…whatever) 26.2 miles through Chicago (or as The Boy likes to say Chiraq). I get butterflies just thinking about it.

Because I got picked (Brooklyn did too btw), I certainly cannot turn it down. Why would anyone do that? It is the Chicago Marathon after all. From what I heard it is a great first marathon, it is a beautiful run and it’s Chicago. I have never been there. I get to experience something new.

So, I paid for the registration, bought a plane ticket, booked a hotel and started marathon training via Nike+ on Tuesday. Will I make it? I dunno. I’m damn sure gonna try though. Why not? Besides, I also have the Rock n’ Roll Savannah Marathon in November and the Peachtree in July so I have to start seriously training anyway. Might as well throw another race on the barbee.

I have probably told this story 90 million times, but for those who do not know I was pretty fat (293 lbs to be exact) for my height and I needed to get rid of it. I had tried everything on this side of the sun and figured the only thing that would get me moving in the right direction was to challenge myself with something way outside of Zone Comfort. So…I did. I decided to run.

I got picked for the Peachtree Road Race that year. I trained. I ran. I wobbled for two days. I ran the following year and the year after that. The third year was the most emotional year. During this time The Marriage was in undeniable trouble and my life was coming apart at the seems. That year, I ran the entire 6.2 miles and Cardiac Hill (killer hill at mile 3). I ran to the finish line with Kay who pushed us and when I crossed I broke down. If I could have laid in the road and wept I would have. I was happy because I had beat myself and won, yet I was sad because I knew that at that moment everything had changed. The Spirit never lies.

The next year I didn’t get in and I didn’t really care to run either. I was sad and angry and I did not have the energy, nor the respect, for the process of running the Peachtree. But oh what a difference a year makes. This year I am celebrating my new found independence the only way I know how. Running. Running my race.

When the email came through congratulating me on making it in, I leaped out of bed and squealed with joy. I get to celebrate independent Me from where it all began. I get to do this not to prove someone wrong or to lose myself. I get to do this on my terms, for my reasons and be present for it all. When I cross the finish line this year, I cannot guarantee I won’t break down again, but I can be sure of one thing: nothing will be the same.  I can’t wait to see the amazing things in store.

It is cool how Life works. It is even more astounding how the Universe rises up to meet you where you stand. This phase of my life is about celebration and enjoyment and pacing and exploring. I cannot possibly see tipping my hat to this phase in a more fun, liberating way.